MY COUNTRY, RIGHT OR WRONG 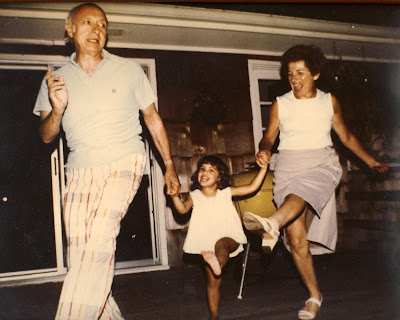 Nancy's mother, Beulah Wasserman, died four years ago; her father, Joe, followed his wife of 65 years into the great beyond in 2008. They lived a rich, happy life, and their family and countless friends mourned their passings, grieved for an appropriate length of time, but then, as we must, moved on.

All but the IRS, which went into a state of total denial. Having been duly informed of their deaths by Nancy, who as the eldest daughter took on the task of dealing with the estate and related matters, the IRS decided to stonewall. Letters addressed to Buelah and Joe Wasserman appeared regularly, demanding information -- why had they not filed tax returns? Had they changed domiciles? -- and making veiled threats: you are liable to penalties if you do not etc. etc.

Nancy dutifully replied to each missive, explaining in language that any child could grasp that the taxpayers in question were deceased. Last month, another letter arrived (by this time the IRS seemed to believe that B & J had cunningly taken refuge in East Hampton with us) that said, essentially, Prove it! Send us the death certificates! We'll send them back when we're convinced they're genuine.

So I scanned the death certificates and Nancy mailed them off to Washington. Today, an envelope arrived from the IRS with the certificates in them. It was addressed to Beulah and Joseph Wasserman.
Posted by Unknown at 5:13 PM 1 comment:

A BLAST FROM THE PAST 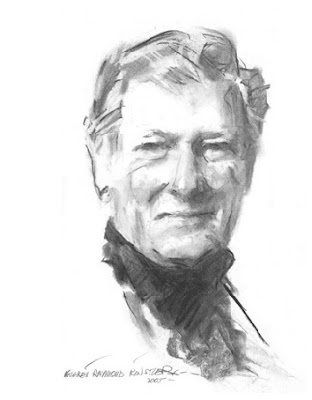 Last night, Nancy and I went to a play reading at the Player's Club (founded by Edwin Booth in the late 19th century, and looks every day of it). The play was called "Mortal Terror," and its subject was the Gunpowder Plot of 1605, when a malcontent named Guy Fawkes tried unsuccessfully to blow up Parliament and everyone in it, including King James and the rest of the Royal Family.

I went partly because I knew that Shakespeare and his fellow playwrights Ben Jonson and John Marston were characters in it -- though they had no connection with the Plot, they figure prominently in the plot, Shakespeare to the point of having a clandestine affair with Queen Anne. But primarily I was there to renew my acquaintance with the playwright, Robert Brustein, who had been my advisor at Columbia during my first year of grad school and for whom I had written a thesis on the Modern French Theater. The proseminar on drama that he taught changed my life; it was my first experience with the academic side of theater, and it both scared me a little and thrilled me. If I'd never met Bob, I doubt I'd have finished graduate school and become a professor.

This was in the 60s. Bob, though he's now in his 80's, is still straight-backed, with all his hair and a brain in perfect working order. He's actually as handsome now (see picture) as he was then. Having not seen him for decades, I was sure he wouldn't have any idea who I was, but he remembered me -- the name and the thesis were familiar to him, though we haven't seen each other once during all those intervening years, which he spent at Yale Drama School and then at Harvard, running the American Repertory Theater, which he founded.

We don't often get a chance to make connections over that span of time. It telescoped virtually my whole adult life to a vanishing point; suddenly I was 22 again, and he the Young Turk of the Columbia English department. Before Columbia, he had taught at Vassar, and his charisma was such (I have this on good authority) that Jane Fonda, then an undergrad, got up an hour early to apply makeup before showing up in Bob's class. He was a little intimidating in those days, but now we met almost as equals, and he couldn't have been warmer; he seemed to be getting as much of a kick out of our reunion as I was. So here's to you and your new play, Bob -- may we all age as gracefully as you have.
Posted by Unknown at 10:45 AM 1 comment: