I wanted to go to Cuba for the same reason that many Americans go there: we all heard/saw Buena Vista Social Club and were blown away by the music. But when we got there, during the last week of December, though there was music aplenty (some wonderful, most OK), the way that Havana imposed its presence on us was through its architecture.

I'm not qualified to write about recent Cuban political history -- or architecture, for that matter. But the enormous variety of styles, and the variation in the condition of the diverse buildings and neighborhoods, was so clearly evident that I can't resist.

Old-style buildings in Havana and its environs date back to the days when it was a Spanish colony, and even after it became an independent republic in the 19th century, Cubans continued to build in the Spanish mode, which is exemplified by the opulence and elegance of those few structures that have been restored and/or preserved, like the Hotel Sevilla -- 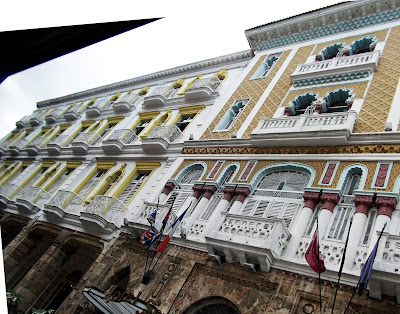 -- and this monumental government edifice -- 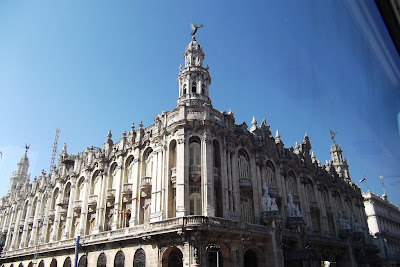 But most of Havana's streets -- particularly in Old Havana, the "autentico" neighborhood that draws tourists -- looks like this 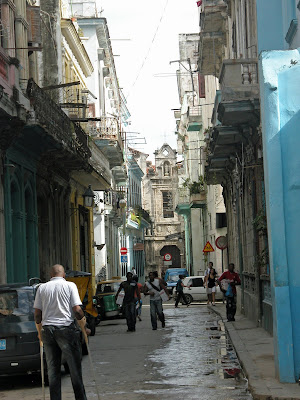 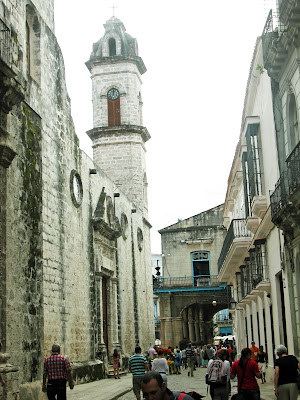 It's clear from your first stroll that while most citizens are fighting the good fight against erosion and decay, it's not always winnable. In another half-century, if the regime doesn't change, and the island stays closed to U.S. trade and tourism, might not the whole city look like this? 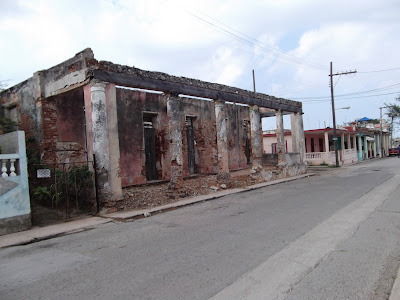 What happened was that after the upper class left in a hurry in 1959, with only those assets they could carry, Castro gave their houses to the people -- who couldn't afford to keep them up. What the New Regime itself built has an inevitable Russian tinge to it: monumentally dull and highly politicized buildings: 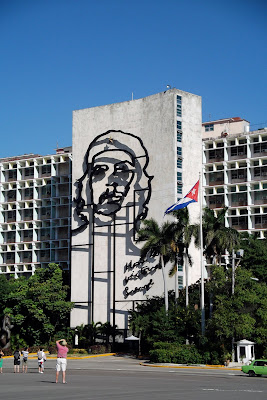 So, in a way, Havana's architecture resembles its cars: there are stunning blasts from the past (the favorites seem to be Chevy Bel-Airs from 1955 to 57, like this one, which would cost about $70,000) 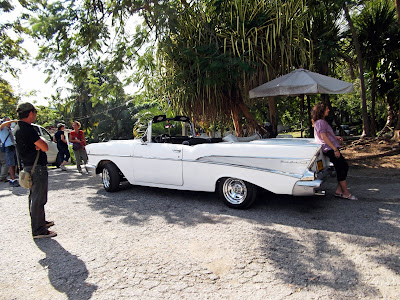 with a few brand-new Audis and Beamers mixed into a general population of clapped-out Ladas (the Soviet people's car, with none of the charm or engineering of the VW Beetle).

So: here is a city of two million people, part of it looking like Dresden after the fire-bombing, part of it a nondescript commercial and government metropolis, and part of it heartbreakingly beautiful. I leave you with an image of how some Cubans lived before Fidel & Co. -- 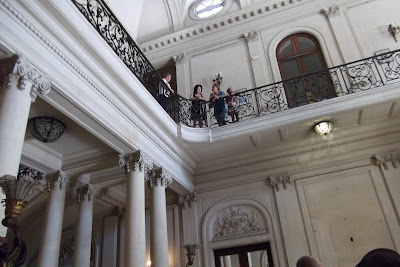 and a more accurate picture of a city that's in which even the most modest attempts at beautification have to be seen through chain-link fences: 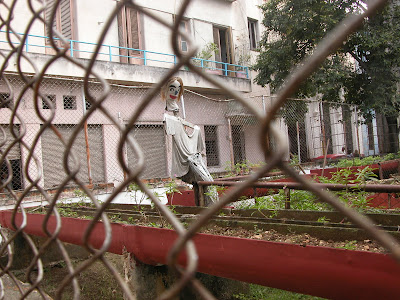