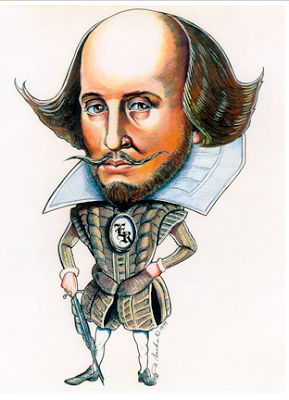 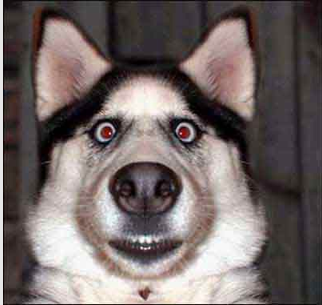 Grading term papers is a chore, but once in a while you come across goodies like this, from the pile sitting on my desk:

“In Sonnet 116, [Shakespeare] ruminates on love that 'is the star to every wandering bark, / Whose worth’s unknown, although his height be taken.' In this instance, the nature of love seems to accept both extremes of the dog. As its tone wavers from violent to doleful, the bark (or the blind groping for love) is not measurable in the traditional sense, but the moon serves as a captive audience that manages to absorb each discrete sentiment that the bark emotes.”

It reminded me of all the other moments like it – the student at Brooklyn College who confused “burrow” with “burro” (I told him he didn’t know his ass from a hole in the ground); the other BC undergrad who wrote that “Oedipus fell through his tragic floor” (I think the borough’s accent was to blame), the kid who described himself and his girlfriend as “shits that pass in the night.” There was another student who began a freshman essay with “I was born of poor but Jewish parents,” which is not exactly a blooper, but wonderful in its own way.
Posted by Unknown at 4:55 PM 1 comment: 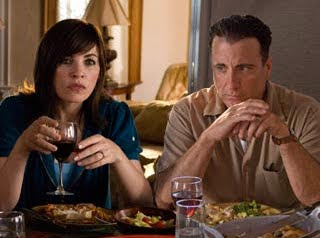 The other night, I went with my friends Jim and Carol (Nancy was in Florida) to see City Island, which seemed to us the best of a pretty bad selection of movies playing in East Hampton. The summer silly season has begun early this year, and local theaters were showing films like Babies, Iron Man 2 and Furry Vengeance. We settled on City Island despite the lukewarm critical response it engendered. Owen Gleiberman in EW gave City Island a grade of C+, disparaging “the quirky parade of family contrivances that fill out the movie."

We loved it. Those contrivances (which all hinge on family members telling lies about who they are) are what make the movie as much fun as it was. Carol said it was Shakespearean, and she’s absolutely right: the plot hinges on disguises, hidden identities, fantastic lies, and the unexpected consequences of them. Vince, the husband-father, is living a double life: he’s a prison guard but he secretly wants to be an actor, and he’s been taking acting lessons – a shameful activity in his particular cultural milieu – which leads his wife (Juliana Margulies with a Bronx accent, several rungs down the social ladder from her role in “The Good Wife”) to suppose he’s having an affair. In addition, Vince has reconnected with a grown illegitimate son who’s imprisoned where he works and moved him into the family manse, admitting that the kid is a convicted felon but concealing the family relationship. Add to this mix a daughter who’s supposed to be a college student but is really a stripper and a teenage son with a fat-lady fetish, and the lies start to take on lives of their own, all culminating – in the best Shakespearean tradition – in an orgy of truth-telling that almost magically solves every problem and leaves the family not only intact but cleansed by its ordeal. So it’s a very funny comedy with a romantic ending. If I were pitching the film in a story conference, I’d tell the studio heads that it’s The Comedy of Errors meets The Winter’s Tale (and of course they'd turn it down, which is why I'm not in the movie business).

And adding to its charm is the setting. City Island itself is (again in the best Shakespearean manner) a never-never land; despite the fact that it actually exists (Nancy and I years ago used to frequent Sammy’s Fish Box for its excellent clams), it’s an improbable place – a little New England fishing village stuck onto the Bronx. It seems made-up, like Illyria or Prospero’s island, which is why the improbabilities of the story work just fine.

An added benefit: as is not the case with Shakespeare's more outré locales, Jim and Carol and Nancy and I made a date to go there and scarf down some sea food some fine summer night. Nancy's seeing the film this afternoon by herself to bone up for this final exam.
Posted by Unknown at 11:02 AM 1 comment: