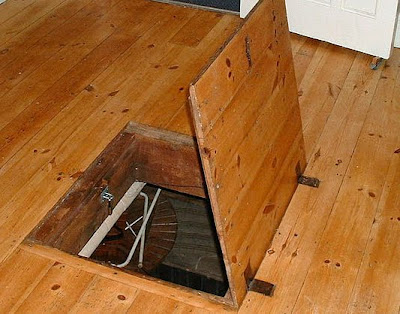 All teachers prize and collect them, and share them avidly with colleagues and . . . friends, but only discerning friends. One of the defining features of this form of humor is that the blooper is not readily accessible to the public at large; bloopers tend to be snobbish inside jokes, depending for at least part of their effect on self-congratulation: they’re funnier if you know what the student was trying to say or should have been saying. At the least, inside knowledge of literary texts is the sauce that brings out the flavor of the bloop.

Consider this sentence, written only last week by a student in my Shakespeare Colloquium: “One of the most important moments in the play comes in Act 5, when the Prince exclaims, ‘This is I, Hamlet the Great Dane!’” Everyone knows that can’t be what the Prince actually exclaims, but if you know the original line, you can see how the process of authorial recollection got thrown off the track. The line is “This is I, Hamlet the Dane,” meaning the de facto king of Denmark and the personfication of the national zeitgeist. Hamlet is a Dane, and a Great one at that, it’s just that in this one case, the adjective and the noun collide in a priceless way.

Another of my favorites, from a Survey of Western Drama course at Brooklyn College some years back, was, “Oedipus fell through his tragic floor.” Unless one has a cursory acquaintance with the Aristotelian concept of hamartia, (mis)translated as “tragic flaw,” this makes little sense but does conjure up a graphic image. But what makes it delicious is that, if you've ever heard Brooklynese, you know that when I said the word “flaw” in class, this kid heard the more homely and common “floor.” What did he think I meant? That the stage at the Festival of Dionysus in 5th-century B.C.E. Athens was honeycombed with devices like the one pictured above, which gave way unexpectedly at the pressure of a heroic foot?

The breakdown of oral communication in the classroom -- and outside it -- is notoriously responsible for the generation of nonsense, which usually comes to light only when the lapse is preserved in writing. One of my freshmen once described himself and his girlfriend as “shits that pass in the night.” Floating human waste caught in a cross-current during the hours of darkness? Or pure nonsense, like “Gladly the cross-eyed bear.”

A more predictable confusion occurred when yet another Brooklyn student wrote, “I saw the chipmunk emerge from his burro, look around, and disappear.” Circling the word “burro,” with a sense of misgiving but unable to help myself, I wrote in the margin, “You don’t know your ass from a hole in the ground.” The writer immediately complained to my department chair that I had verbally abused him. The bureaucrat thought it was pretty funny, but patiently explained to him what I had meant. The student was not mollified.
Posted by Unknown at 2:48 PM 32 comments: