WHAT WERE THEY THINKING OF? 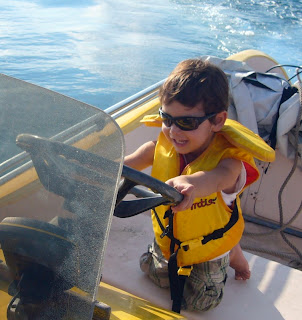 King Lear’s eldest daughter, Goneril, seeks his death.  Of course, so does Regan, Daughter #2, but I can better understand Goneril’s point of view.  What were the monarch and his queen thinking when they named their first-born after a venereal disease?  (Yes, the word was current as far back as 1547.)
I’m attuned to this topic because I don’t particularly care for my own name.  I think the two rhyming syllables – Richard Horwich – sit awkwardly on the tongue and in the ear.  Nothing to be done about "Horwich," which I heard a lot about when I was in school:  "I love to go to Dick's house because of the whore which is there."  And there's that other problem, but of course, how were my parents to know that “Dick” would acquire its present colloquial meaning, obliterating its history as simply a name to the point where, when I wrote to one of my editors, his magazine's e-mail filter would send my messages to the Trash unless I signed them “Diq.” My Aussie friend with genteel sensibilities changed it to Ricky (another bad choice).  For the first ten years of my life my parents called me Dickie, which I hated,  and which I still hear sometimes from people Who Knew Me When -- though that has a kind of charm.  My friends the Dicksteins told me several years ago that their daughter thought one of the benefits of marrying was that it would free her from their family name.  She got her wish.
My daughter Danielle will, on or about March 12th, deliver into the world a baby girl whose name will be . . . nobody knows, and the expectant parents have gone from telling me it’s none of my business to asking for suggestions. Anything in Shakespeare?  I mentioned to her that the Bard had a fondness for dactylic female names, so that she could, belatedly join that '90s fad that spawned an illegitimate verse form known as the Double Dactyl; the kid could be Perdita Bellenoue, Beatrice Bellenoue, Rosalind Bellenoue, Viola Bellenoue, Cressida Bellenoue, Helena Bellenoue (but not, of course, Goneril Bellenoue) -- though double dactyls or anything rhetorically doubled, for that matter, smacks of gimmickry.  They’re naming a person after all, not looking for a catchy book title.   They called their now-three-year-old son "Maxim," partly because my son-in-law is French, and, oddly, because he and Danielle were under the impression that “Maxim” couldn’t be shortened to a nickname (they don’t like nicknames).   If they ever move back to the States, they’ll find out how wrong they were.  When he’s here on visits, people either mispronounce the French "Maxim" as the English "maxim" or just resort to the inevitable and to my mind perfectly OK “Max.” (Hey, if they name the little girl Minerva, their kids could be Max and Min – isn’t that cute?)  Almost as cute as the scholar Sacvan Berkovitch  being named for two executed anarchists, or the lawyer I met in Grand Rapids whose mother had been reading Gone With the Wind while she was pregnant and who has gone through life with “Rhett Pinsky” on his business card.
What prompts this reflection on parental naming sins is that there’s a girl on the roster of my Spring course with what at first seems a perfectly serviceable name, which I'll disguise except for the initials  – let’s call her Andrea S. Smith.  I guess her Mom never envisioned that monogram on the towels.  NYU assigns e-mail addresses to its students by the following algorithm:  initials of first, middle and last names followed by a number.  So this kid is stuck with ass000@nyu.edu.  What must high school have been like for her?
There are a lot of ways for parents to screw up children.  Conferring a name that you haven’t tested out loud, or thought much about, or is appropriate to a toddler but terrible for an adult, is such an easy way to do it, I’m surprised it doesn’t happen even more often.
Posted by Unknown at 2:13 PM 1 comment: 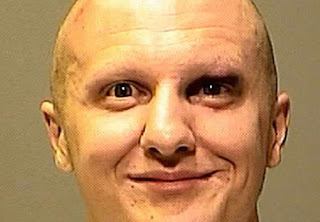 Representative Mike Pence of Indiana was quoted in the Times ("A Clamor for Gun Limits, but Few Expect Real Changes" by Adam Nagourney and Jennifer Steinhauer) as asserting,  “I maintain that firearms in the hands of law-abiding citizens makes communities safer, not less safe.”    That’s what the NRA keeps telling us.  But "law abiding citizens" is not a fixed and stable category.   Jared Loughner was a law-abiding citizen (albeit a troubled one) who had never committed a felony until he bought a pistol and shot a Congresswoman and a score of bystanders.  In Mike Pence's version of a perfect world, the victims in Tucson would have protected themselves by unholstering their own weapons and executed Lougner summarily. But none of them was armed.  The vast majority of Americans reject, in principle and in practice, vigilante justice.
Posted by Unknown at 1:18 PM 1 comment: